When Bushings and Bolts Go Bad

Suspension arms are attached to the car through rubber bushings that have a metal sleeve in the middle where the bolt goes through. In rustier areas of the country like where I live, that means the bolts can be very hard to remove. I reposted an old blog post recently about a “Friday Morning Nightmare” I had at Toyota trying to get bolt out of a bushing. When replacing the rear shocks and lower control arms on my 1997 Civic it took a lot to get the bolts out 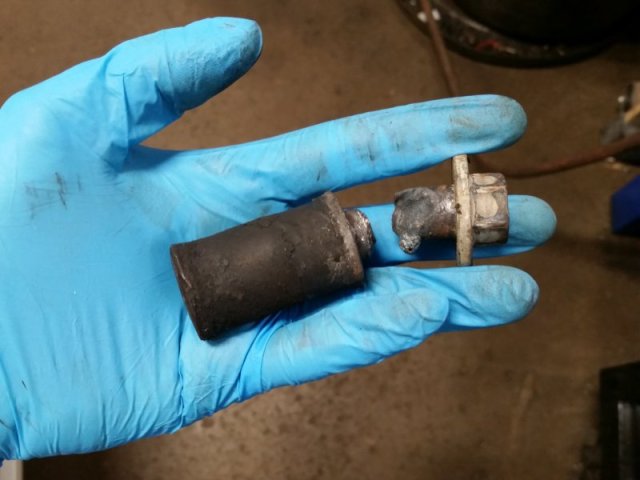 Once again, last week, I was replacing a lower control arm on a 2013 Honda Odyssey and ran into this problem. I had to use an air hammer to try to push the bolt out of the bushing, but even with that I needed to heat it with a torch. Eventually that completely burned out the rubber portion of the bushing, leaving the inner metal sleeve I’m holding in the picture along with one of the ends of the bolts I ended up torching off. The rest of the bolt is still stuck inside the bushing, never to come out.

Like Loading...
This entry was posted in In The Shop and tagged Rust, Suspension, Wow. Bookmark the permalink.