In memory of my previous job at a Toyota dealership, which I left two years ago today, here’s a post from the day before, March 14th, 2016.

Usually Fridays are the day you look forward to, if you don’t work on Saturdays. But when working as a mechanic, you never really know what you’re going to get, or what mistake you’re going to make that’ll make you wish you didn’t even come to work that day. 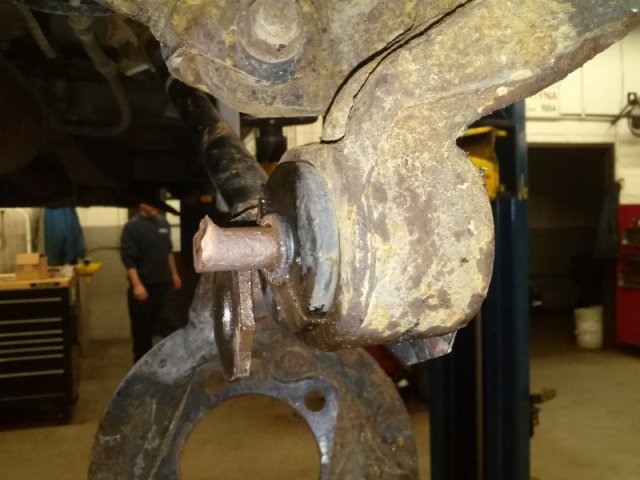 It was a simple bolt-in rear wheel bearing replacement. Should only take an hour to an hour and a half. It was only the second time I’d done one, so I didn’t quite remember what I had to do. Turns out I didn’t have to remove one of the bolts attaching a suspension arm, and I wish I’d known that, because it snapped off, which meant I had to get out the rest to replace it.

Problem was, it just wouldn’t come out. Two very experienced guys helped me for the next three hours remove it. The remains of the bolt were stuck hard and fast in the metal inner part of the suspension bushing. It took a torch, air hammer, brake fluid, everything, eventually accidentally popping out the middle of the bushing, so we were then able to press out the remains, and luckily the bushing wasn’t destroyed in the process. Everything went back together pretty easily after that. When I finally got it all done I was ready to go home, but I still had three hours to work in the afternoon, but the afternoon was pretty chill, so the week ended okay.

Like Loading...
This entry was posted in In The Shop and tagged Damage, Suspension, Throwback. Bookmark the permalink.