This might be the cheapest tool review I’ve ever done. 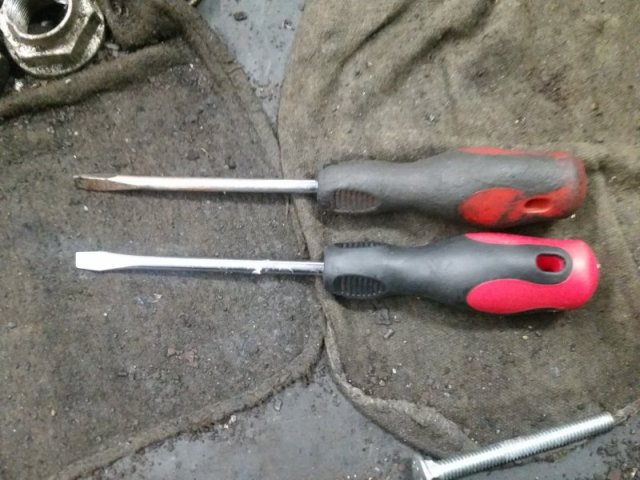 Any mechanic will tell you that screwdrivers aren’t just used for turning screws. They get used as prybars, chisels, punches, box openers, almost anything except driving screws. Because of this, I didn’t really want to abuse my Snap On screwdrivers, and went to Walmart to find something cheap. I ended up with this Hyper Tough slotted screwdriver, which at the time only cost somewhere around 65 cents.

I’ve put this screwdriver through the ringer, beating on it for all kinds of things. My first one actually broke the handle while a coworker used it as a prybar, so I bought two so I’d have a spare. Over three years later, I hadn’t broken the second one, so I left my spare at the shop’s tire balancer for removing wheel weights after a different cheap screwdriver had broken. When that one vanished, I stopped by Walmart and was surprised to find that they still sold the exact same screwdriver, though it’s now close to a dollar.

If you’re looking for a cheap screwdriver for general usage, or specifically one for taking abuse, I would highly recommend this one.