Check engine lights on new cars are not something you want to deal with, because usually it’s going to end up a warranty job and probably not pay as well as it would on an older car. Sometimes you get lucky though and the problem isn’t cause by any manufacturing or design defect.

A 2019 Civic with only about 13,000 miles came into the shop with the check engine light and a constant misfire, and I ended up being given it to diagnose. I hooked up the computer expecting to find a single misfire code, but instead there were nine different codes. 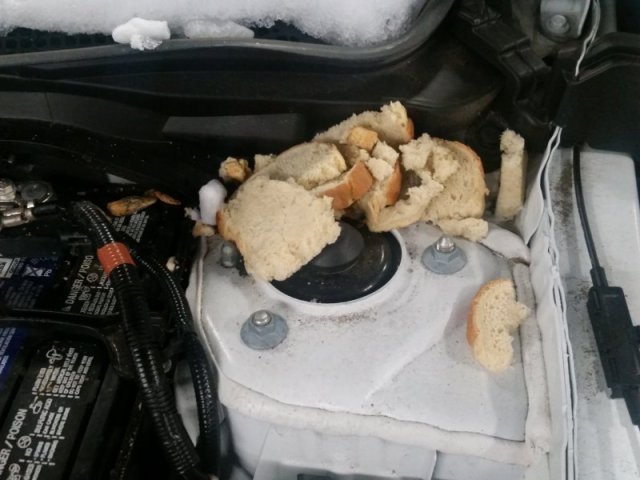 My first thought when I saw so many different codes was wiring harness damage. I opened the hood and immediately knew I would be right, as the first thing I saw was a pile of bread. An animal had put it there.

I also quickly found the most obvious damage to the harness. Whatever the animal was had chewed through the wires for the cylinder 4 ignition coil as well as both camshaft sensors. There must have been damage I couldn’t see causing the rest of the codes. 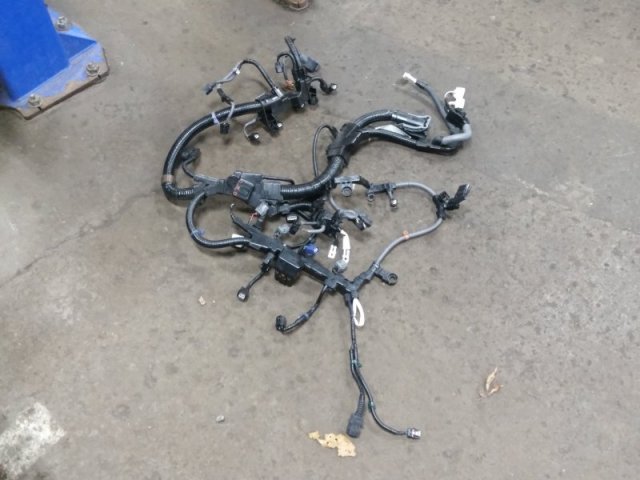 Because it was caused by forces outside of Honda’s control, ie. an animal, this was not covered under warranty. I spent several hours replacing the engine harness, and when I was done, everything worked perfectly. If any other harnesses had gotten chewed, it would’ve gotten really expensive really quickly.

Like Loading...
This entry was posted in In The Shop and tagged Damage, Diagnosis, Electrical, Engines. Bookmark the permalink.