An older Civic was towed in to the dealership because the ignition wouldn’t work and they wanted a new key cut. I was handed two keys for the car, one was an aftermarket key, and the other was a Honda key, but it looked like someone had cut into for some reason, possibly to try to access the immobilizer chip inside. Why someone would do that, I don’t know. I assumed that the damage to the key was why they needed a new key, until I got out to the car with the new key. 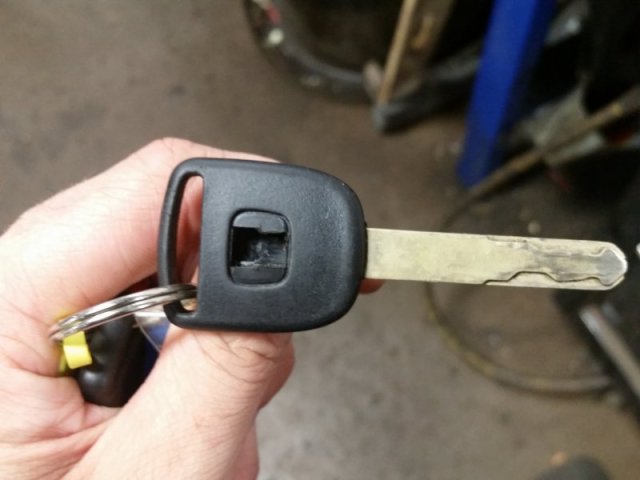 Once I had the newly cut key, I went out to the car to program it. Unfortunately, I then found that the ignition cylinder wouldn’t even turn. After messing around with all the keys I had for it, I managed to get it to turn once, but that’s it. Clearly there’s something wrong with the tumblers in the cylinder, but the customer thought that all they needed was a new key. Due to the cost of a new ignition cylinder, the customer declined to have it replaced and got the car towed away again.