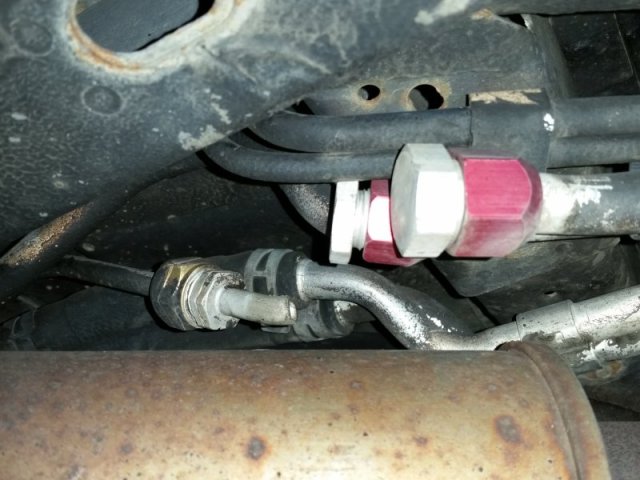 My first thought was to check the blend door in the rear A/C box. If it wasn’t fully moving towards the cold side it wouldn’t make cold air, but it was working. I finally lifted the van to check out the lines, and found the cause. The rear A/C lines had been cut off and then capped. I assume this is because the rear lines were leaking and a previous owner hadn’t wanted to spend hundreds of dollars getting them replaced, and the cheaper solution is to make it a front-only system. Because of this, to get rear A/C again they’ll have to replace the rear lines as well as the lines that go into them, because that’s what got cut and capped off.

Like Loading...
This entry was posted in In The Shop and tagged Air Conditioning, Diagnosis. Bookmark the permalink.