The dealership I work for has us remove aftermarket remote starts from all the used cars we sell, because they can often cause problems like drained batteries or cause the car to start when it’s not supposed to. They’re usually spliced into the car’s wiring through various methods, but always include a couple fuse holders. 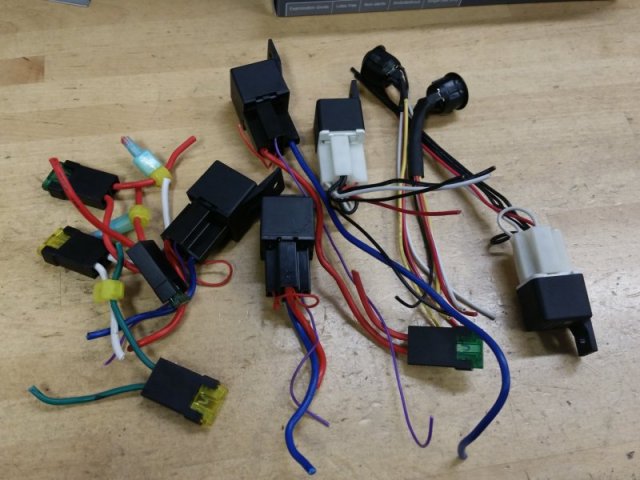 A recent car I did had more than just a few fuse holders, it also had relays. As I continued removing wiring I found that there were even more wires spliced into the remote start wiring harness, and as I continued to remove them I finally found that the car also had aftermarket seat heaters. When I was all done I ended up with five fuse holders, five relays and connectors, and two switches. A pretty good haul that may someday come in very useful.

Like Loading...
This entry was posted in In The Shop and tagged Accessories, Electrical, Used car. Bookmark the permalink.