This week we’re revisiting a post from two years ago.

Many times when working on cars we encounter bolts in really awkward locations, that make it a pain to work on. The Toyota 4Runner has a bolt buried behind the alternator that took me an hour to get out. Hyundai brakes have bolts in the worst places, preventing using power tools and making a brake job take twice as long as it needs to. The bolts need to come out, so we just make it work. 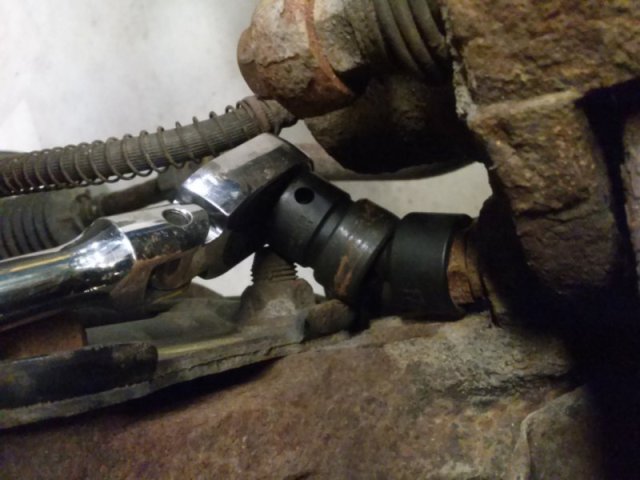 This was the easiest way I came up with to get the upper caliber bracket bolt off of a Hyundai Santa Fe. I could’ve just used a combination wrench and just turned it a little, take it off, reposition, put it back on, turn a little, and so on. I didn’t feel like doing that, so I put a swivel impact socket on my flex-head ratchet, and even though the socket could only get on the bolt at an odd angle, it still worked.

Like Loading...
This entry was posted in In The Shop and tagged Throwback, Tools. Bookmark the permalink.