It was one of those things that everybody in the shop has to go take a look at at some point. One of the shop’s master technicians was installing a Toyota Racing Development supercharger kit on a brand new Tundra pickup. 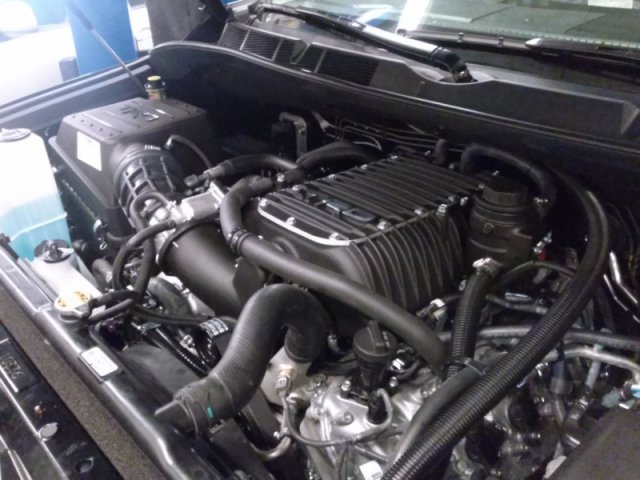 The Tundra’s 5.7 liter V8 is already rated to put out 381 horsepower and 401 lb. ft. of torque. Up until last year, Toyota offered a supercharger kit for a few of its trucks, factory warranty and everything. The supercharger for the Tundra was purported to boost those figures to 504 horsepower and 550 lb. ft. of torque. Tests say it can go 0-60 in less than 5 seconds and do a quarter mile in 13 and change. 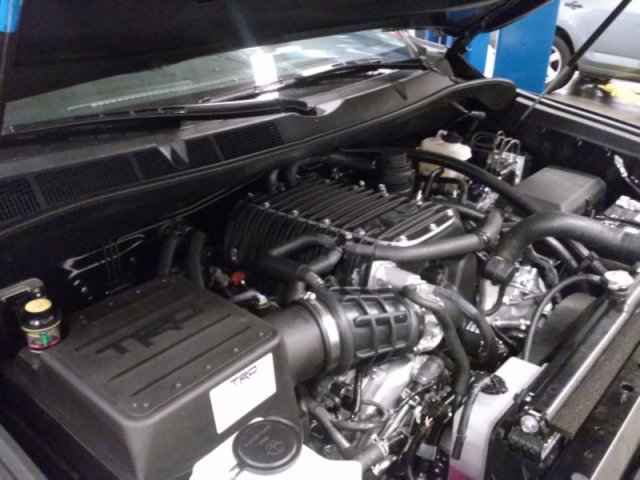 All this and more for about $8,000 extra, on a truck that could already cost $50,000. It took the tech about two work days to put it all together; it’s not the sort of job you’d want to rush.

Toyota has since discontinued their TRD supercharger line, which means another high performance pickup truck has come and gone, just like the old Chevy Silverado 454 SS, Ford F-150 SVT Lightning, and Dodge Ram SRT-10. In my opinion, the superchargers should’ve stayed to be included in the new TRD Pro off road trucks they offer, but there are several vehicle options Toyota doesn’t make that I think they should.

Like Loading...
This entry was posted in In The Shop and tagged Engines, Mods. Bookmark the permalink.