One of the last things you want to find in your car is an animal. Another bad thing is finding evidence they’ve been there. Animals can do lots of bad things to a car, from chewing wires and hoses to getting caught in the serpentine belt. Thankfully I haven’t seen the latter, but I’ve heard of it. 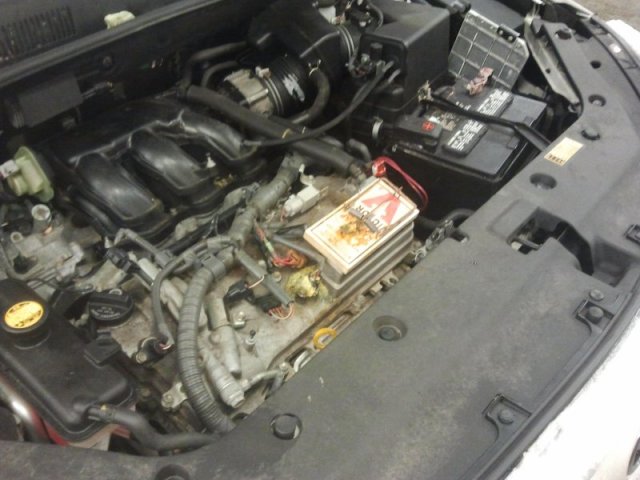 This is one of those things I heard the other mechanics say they’d never seen before. It’s a large rat trap superglued onto the valve cover. There were also some blocks of poison around the engine compartment. It was in for a check engine light, and there was evidence of wires being previously repaired, so I think the tech working on it just recommended new wiring harnesses. 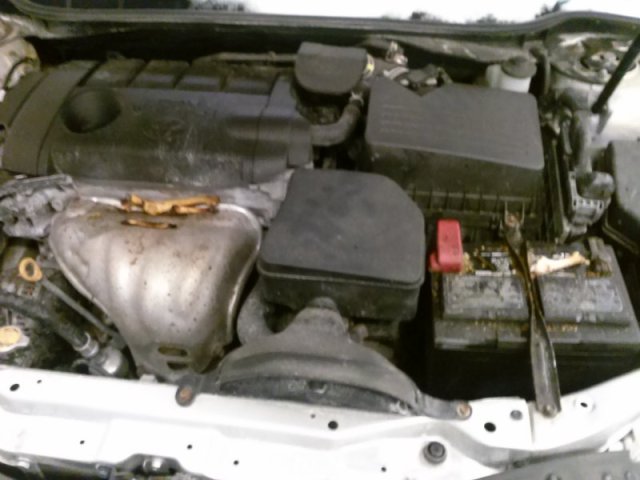 This one was pretty strange. It’s a little hard to tell in the picture what it is, but there were bones on top of the exhaust heat shield, and one on the battery. I’m not sure what kind of bones they were, but they were probably put there by some animal, and they smelled kind of toasty.

A car the express team was working on had this birds nest in the engine compartment. It must’ve sat for a while for a bird to have time to build a nest and lay eggs, though I’m not sure how one could get in with the hood closed.

Like Loading...
This entry was posted in In The Shop and tagged Ew, Wow. Bookmark the permalink.

2 Responses to Animals in Cars