For the past couple months, many of the people in the US have been staying at home to lessen the spread of COVID-19. As a result, their cars aren’t getting used as often. One of the problems this has caused is a lot of dead batteries. Leaving your car sitting for weeks can easily drain the battery. Another problem, that fortunately hasn’t been nearly as common, is quite a bit more expensive than a dead battery. 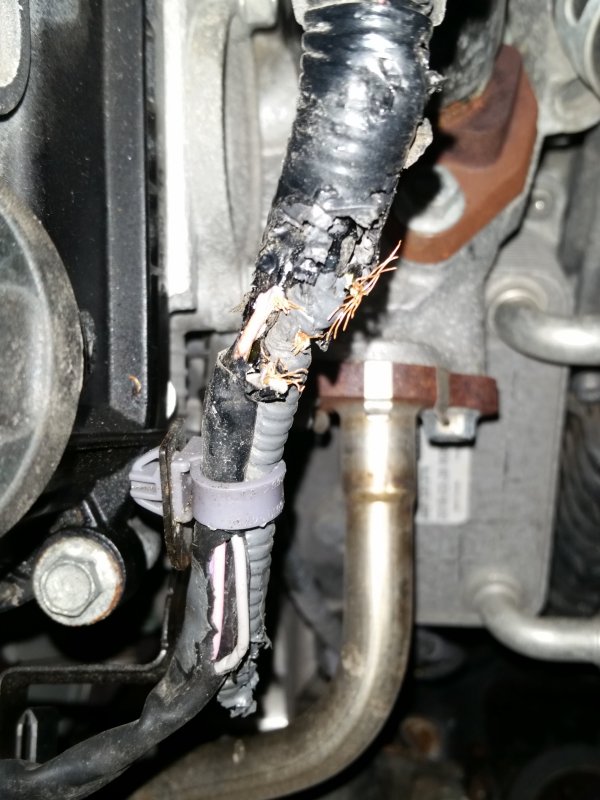 When cars aren’t getting moved as often, curious animals begin to explore. Some sort of rodent decided to make a nest under the engine cover in this Honda Pilot, and chose to nibble on some wires. Unfortunately for the customer, instead of chewing the oxygen sensor wires, it chewed the wires on the engine harness right before the sensor connector. It took me a few hours to replace the harness, not as hard as some harnesses I’ve dealt with. The customer was going to call his insurance company to see if they would cover it, because it was several hundred dollars just for the harness.

Like Loading...
This entry was posted in In The Shop and tagged Damage, Electrical. Bookmark the permalink.