The Story of My First Crash

This is the written version of my video from Monday about my recent crash in my Toyota Corolla. 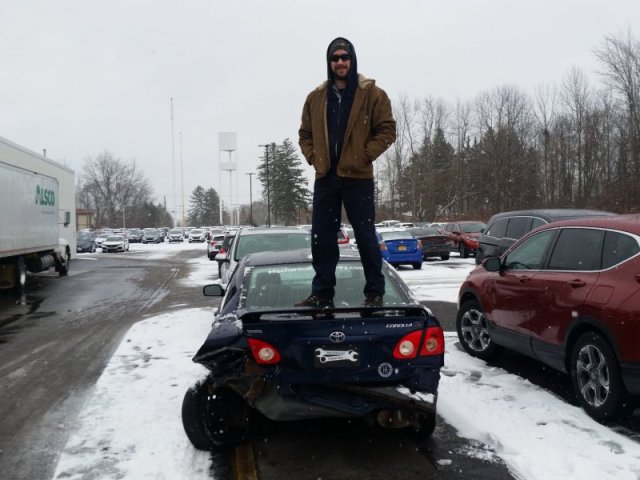 I’ve been in a few crashes, but this was the worst and the first as the driver in my own car. I was on my way to work in the morning, when the car turning right ahead of me came to a complete stop. The only reason I could see for him doing that was to let somebody turn left into the same driveway, which is not how right of way works. 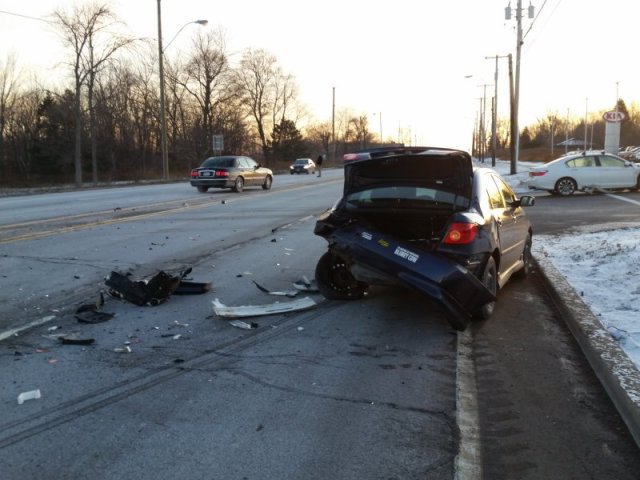 I saw that he was stopped and quickly came to a complete stop, and a few seconds later was rammed from behind. The other driver was not paying attention and only swerved at the last second, but too late. I got out, checked that the other driver was okay, called the police, and then my boss to tell him that I would be late.

The other driver was in a 2013 Accord, and it actually doesn’t look as bad as I would expect for a car that caused so much damage to mine. Tow trucks arrived to pick up the cars, and I got a ride to work in the back of a cop car cause work was just a mile down the road.

I got the car towed to work, and everybody was amazed at how destroyed my car was, especially considering I had no soreness or injuries from it. Even the right side of the car was wrinkled, despite the impact being all on the left side. As a testament to the safety of the design of modern cars, the passenger cabin was completely intact and the left rear door could still open just fine. Even the gas door still opened. The suspension was wrecked, with the left rear wheel turned almost 90 degrees. One of the biggest surprises, that I noticed at the crash site, was that the left taillight bulbs were somehow still intact, with the hazard lights working just fine.

It was pretty obvious that the car was totaled, so before insurance even came to look at it, I cleaned out all my stuff. Because I had just put new wheels and tires on it in September, I brought the original wheels back in and swapped those on. I even managed to remove the mangled left rear wheel from where it was wedged into the body, because the tire still looked like it was okay.

In the end, I’m okay, my car’s scrap metal, insurance is paying well, and I’m not sure what I’m buying next. But you can be sure you’ll see a post here about it when it happens.

Like Loading...
This entry was posted in My Car, On The Road and tagged Damage. Bookmark the permalink.