I was working on a used Subaru Forester, and found that it needed a rear wheel bearing. It’s a bolt-in wheel bearing, which are usually easier to replace than press-in, because you just have to remove the bolts and take it off, instead of having to the use a press to remove and install it.

On a few Hondas I’ve had to use an air hammer to loosen bolt-in wheel bearings when they’re stuck in the knuckle, but this one was the worst I’ve had to deal with. After trying everything I could on the car, I ended up removing the whole knuckle so I could get access to the back side of the bearing. 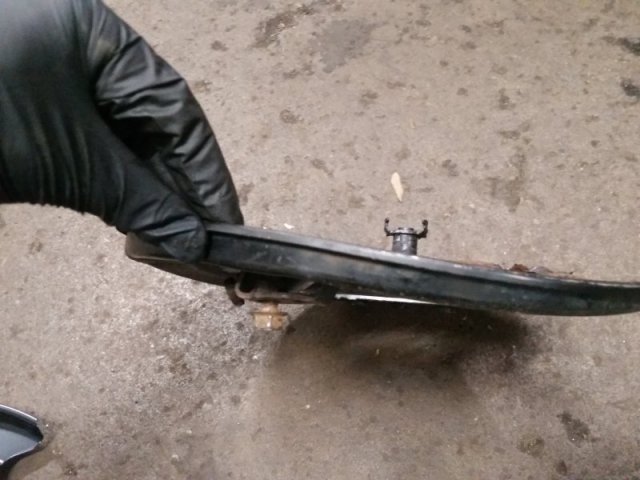 Luckily all the bolts came out easily and I didn’t break anything like I have in the past. I took the knuckle over to the press to try to get the bearing out that way, but all I managed to do was bend the backing plate up. 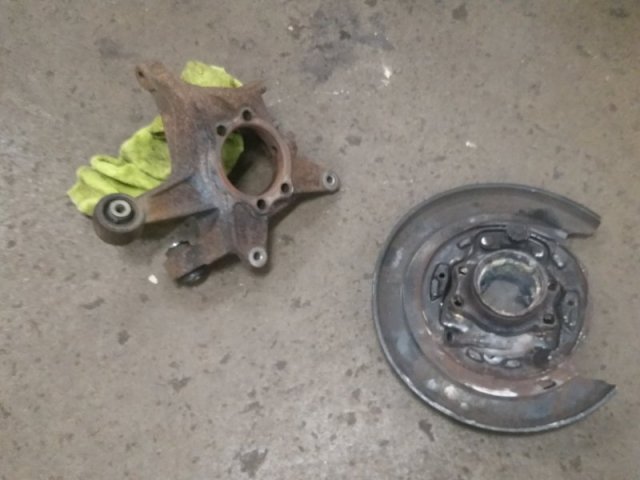 The way I ended up getting it out was by giving it to one of the other techs who heated the knuckle with a torch, and then him and another tech both used air hammers on it at the same time, and it finally came out. I ordered a new backing plate because the old one was now destroyed, and put it all together once all the parts arrived.

Like Loading...
This entry was posted in In The Shop and tagged Suspension, Used car. Bookmark the permalink.