We recently had a Civic in the shop with zero oil pressure. The oil was full, but while running there was no oil coming out of the oil filter or pressure gauge port. That meant that it needed a new engine, and unlike a lot of times, we were able to keep the old engine. The master tech that did the engine swap was curious what the reason for the lack of oil pressure was, so he gave it to another tech, Tatiana, to take apart. 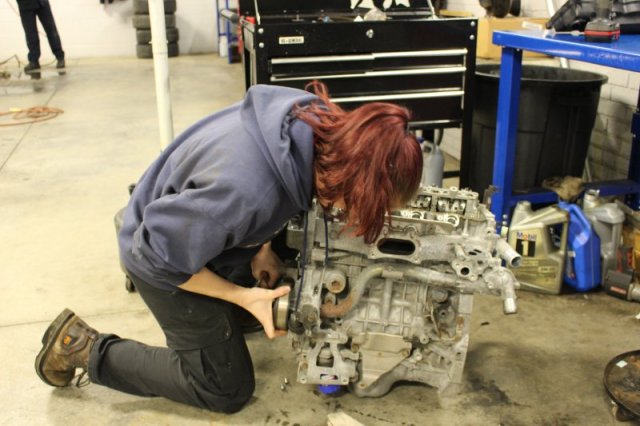 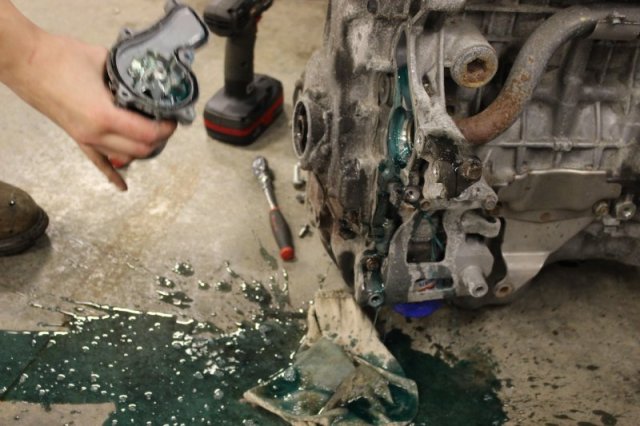 Wasn’t quite ready for how much coolant was still in the block. 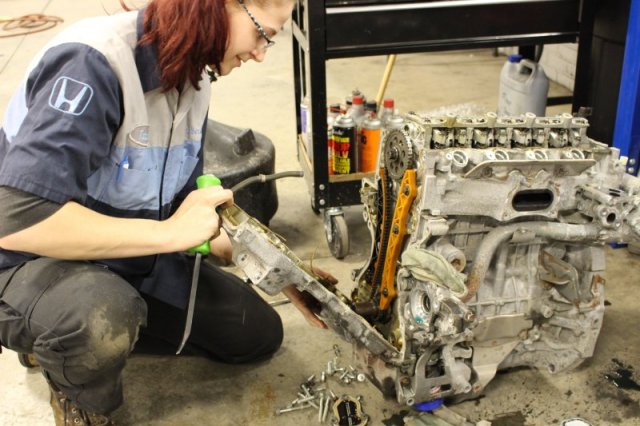 Removing the front cover to get a look at the oil pump. 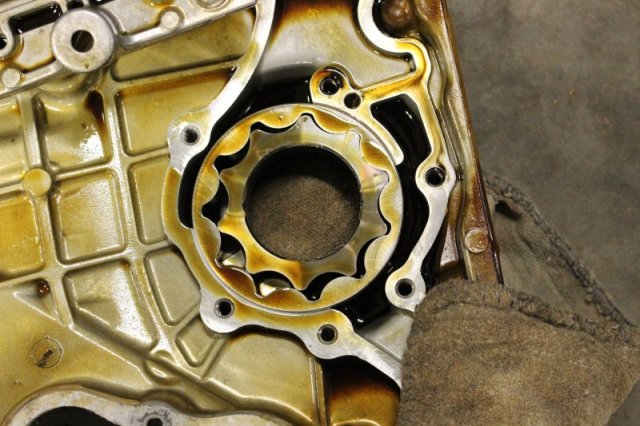 Surprisingly, the oil pump looks fine. It moves freely and doesn’t have any apparent damage, so it’s no obvious why there was no oil pressure. 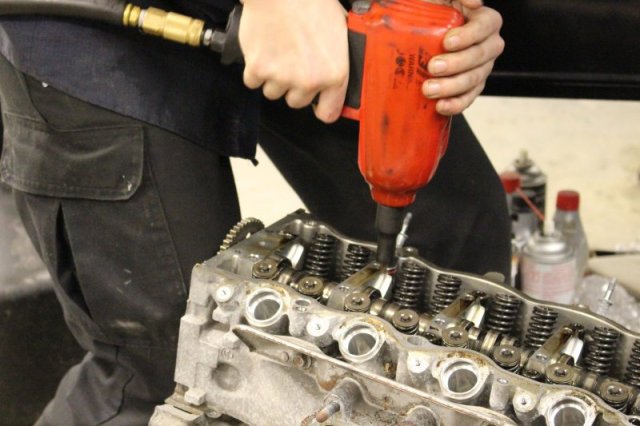 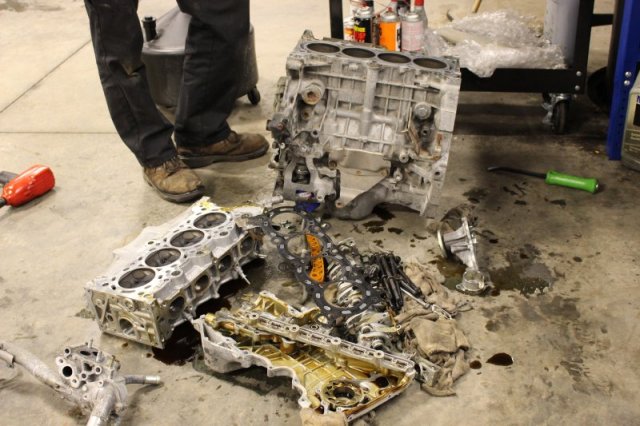 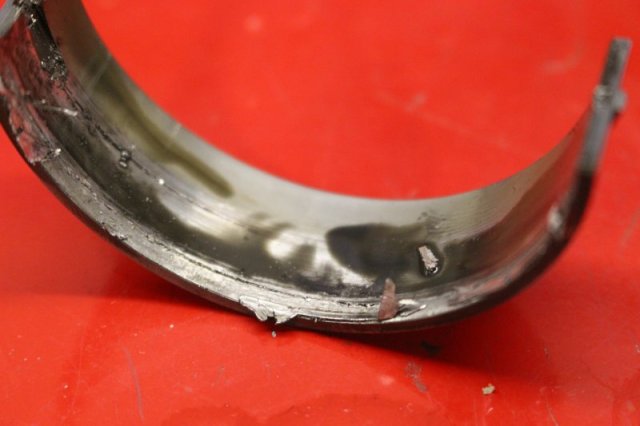 This is the worst of the damage that we found in the engine. This is one of the crankshaft main bearings, and it probably wasn’t going to last much longer. The master tech’s guess is that somebody did an oil change, started the engine without oil, and in the short time it ran without oil the bearings got damaged enough to send debris into the oil passages, causing the lack of oil pressure. 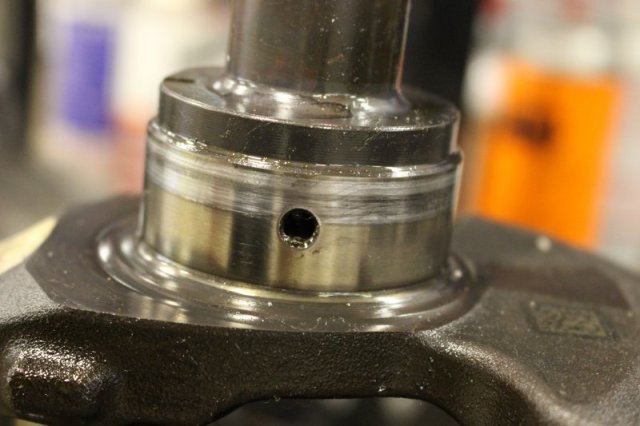 Lastly, here’s the crankshaft journal where that bearing came from. You can see that it was starting to get damaged from the bad bearing. If the engine had been driving for much longer there would’ve been a lot more damage.

Like Loading...
This entry was posted in In The Shop and tagged Damage, Diagnosis, Engines. Bookmark the permalink.