In the few years I’ve been a mechanic, I’ve seen a few cars that were rusted to the point of being scrap. Sometimes they’re repairable, like with the rusted out subframe on my 96 Civic. Other times it’s the floorboards or other structure, which really aren’t worth repairing a lot of times.

This Honda Pilot was far beyond repair. One of the mounting points for the rear subframe is almost completely rusted out, leaving the left side of the subframe basically just hanging by the shock absorber. 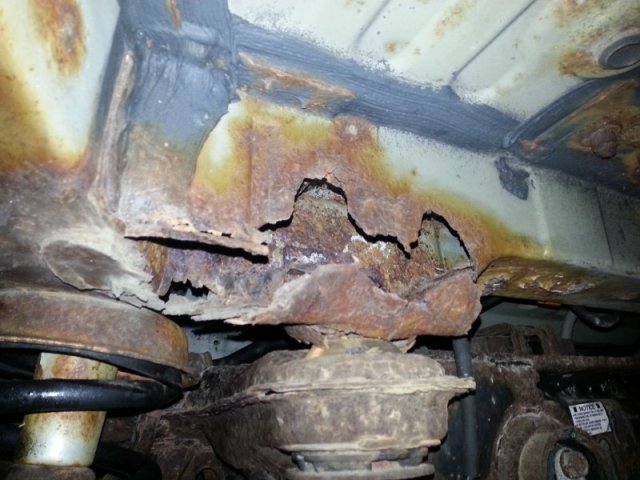 It was towed in because the owner was told by another mechanic that it was unsafe to drive, and I would have to agree. I think it was a 2007, which is rather young to be this rusted, but it was pretty high mileage.

Like Loading...
This entry was posted in In The Shop and tagged Rust, Wow. Bookmark the permalink.

6 Responses to A Pilot’s Untimely Demise