When I was kid I remember finding an old car in the powerlines running near my home. I never saw it again and figured it had been removed when they put in a pipeline, but then last week my brother happened upon it and told me where to find it, so I went out last Sunday with a friend to go find it. 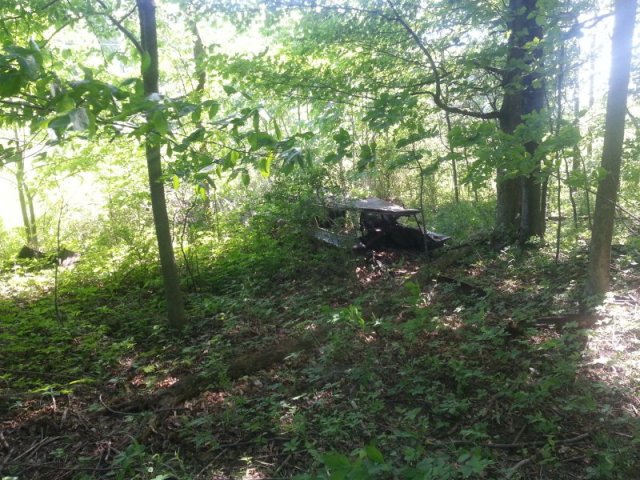 What’s that lurking in the trees? 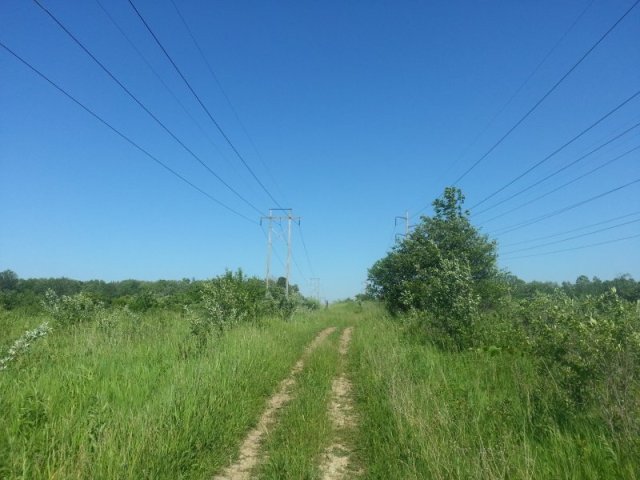 It was about a half mile walk down the powerlines, and then into the woods to the side. 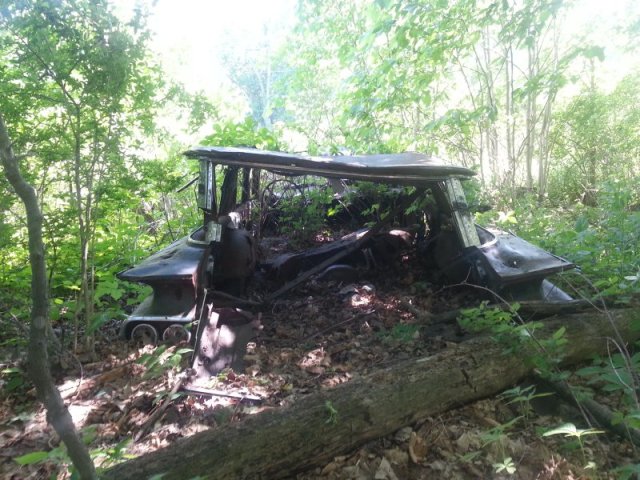 Judging by pictures online, I think this is a 1960 Chevrolet Brookwood station wagon. 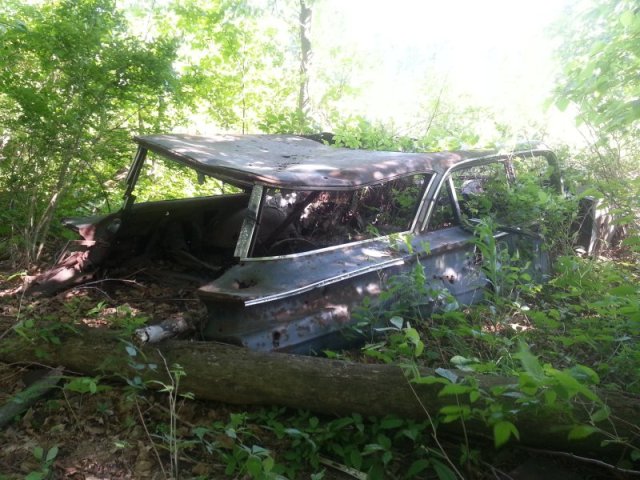 It was in really bad shape from sitting for who knows how many decades in the woods. It was full of countless bullet holes from being used for target practice. 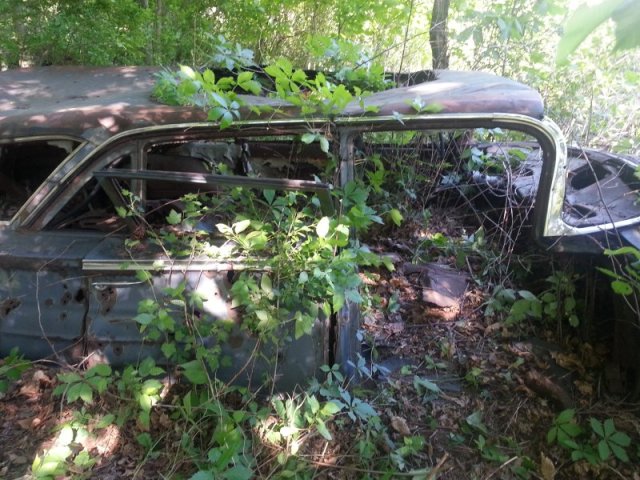 I really wish I had a way to find out when it was left here and why. 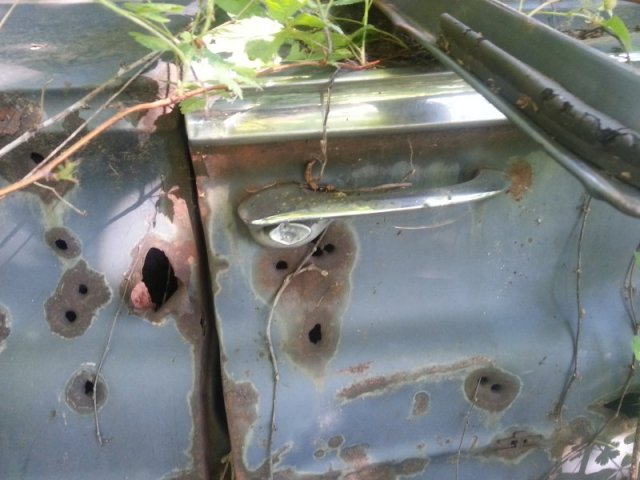 The button on the door handle actually worked, but I couldn’t make it open. 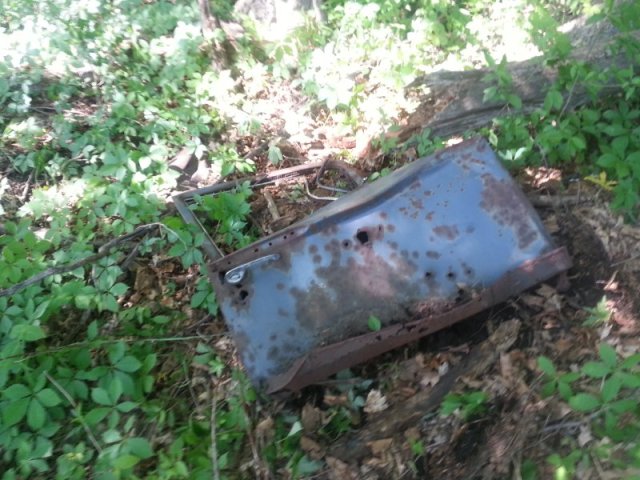 The right front door was completely off, it looked like the hinges had been cut. 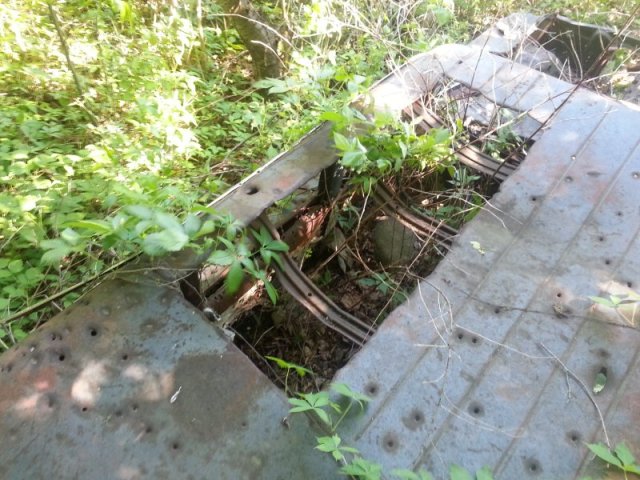 A large section of the roof skin had been cut out, exposing the braces beneath. I have no idea why it would’ve been cut out. 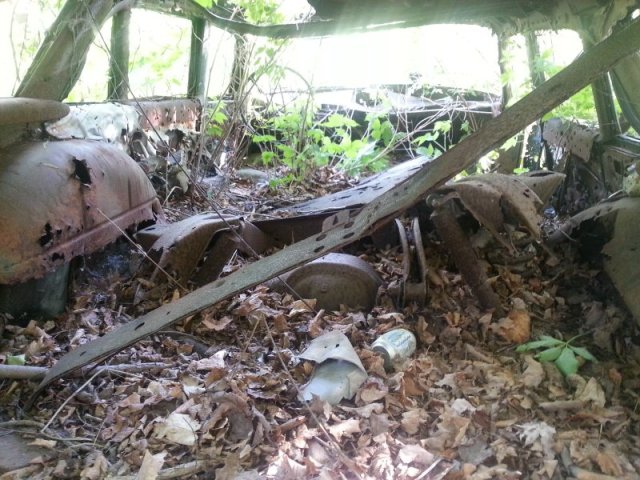 The floor in the rear was completely gone, exposing the rear differential and suspension. 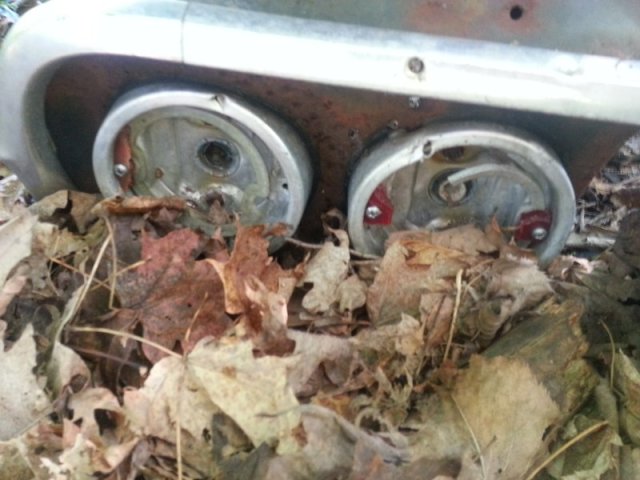 The screws for the taillight lenses were surprisingly rust-free, but unfortunately the lenses were broken long ago. 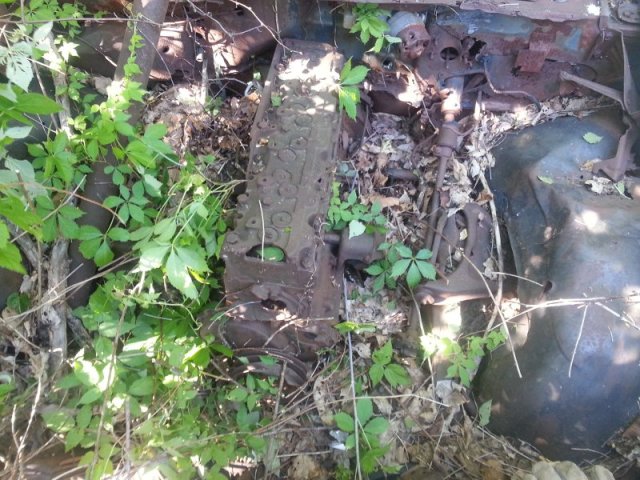 The engine compartment was stripped pretty bare, down to the inline six. The brake master cylinder was gone, as well as the radiator and any intake or exhaust. The front of the valve cover has a chunk out of it. 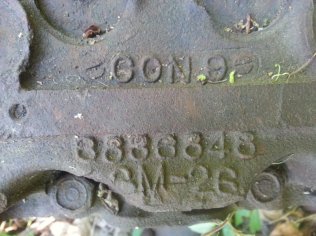 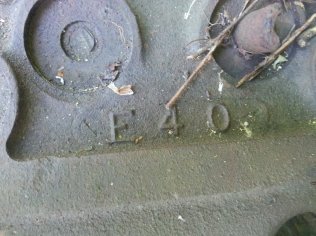 Casting numbers on the valve cover. 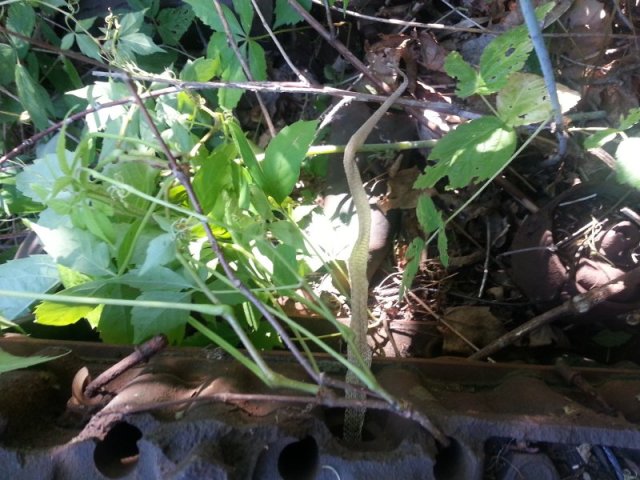 One of the spark plug holes had a snake skin coming out of it. On the right side looks like the distributor. 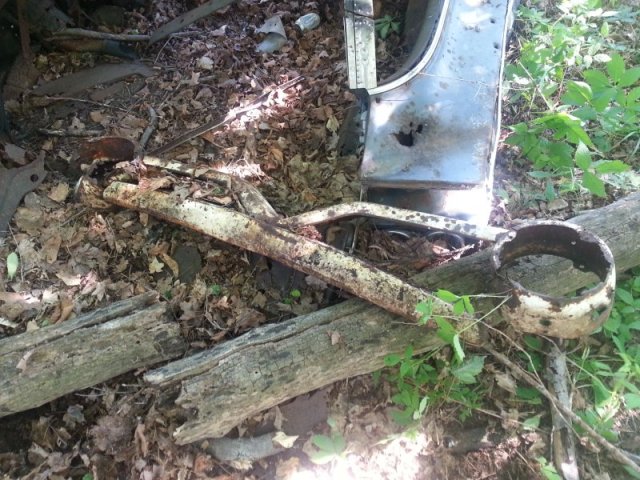 There were a few other things lying around, including this, which looks to me like a 50’s Ford truck grille. 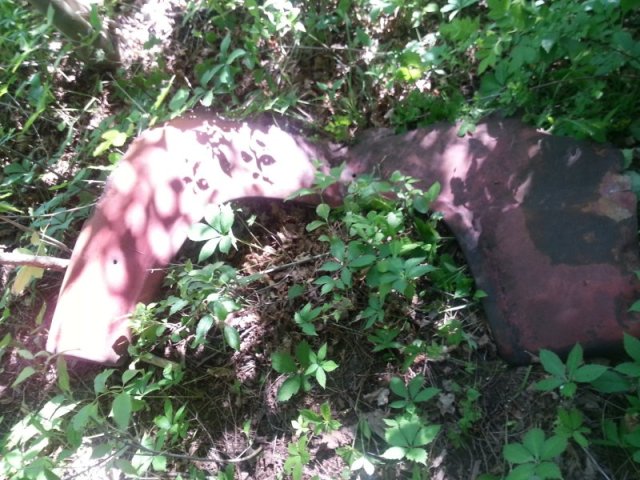 There were also two matching red fenders. I have no idea what they’d be from, but they look like maybe a truck of some kind. 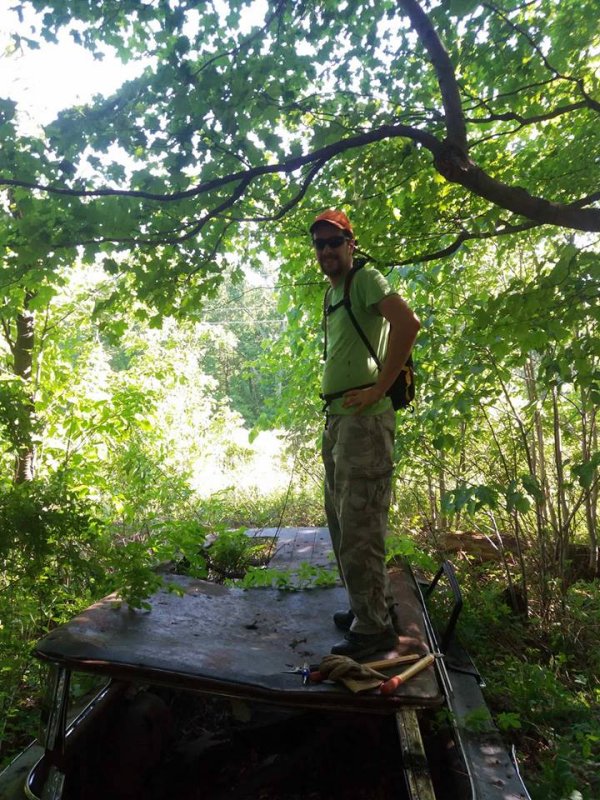 This is the first abandoned car I’ve found, and it was really cool. I was hoping there’d be some part I could take as a souvenir, but it’s been stripped of pretty much everything you could take. 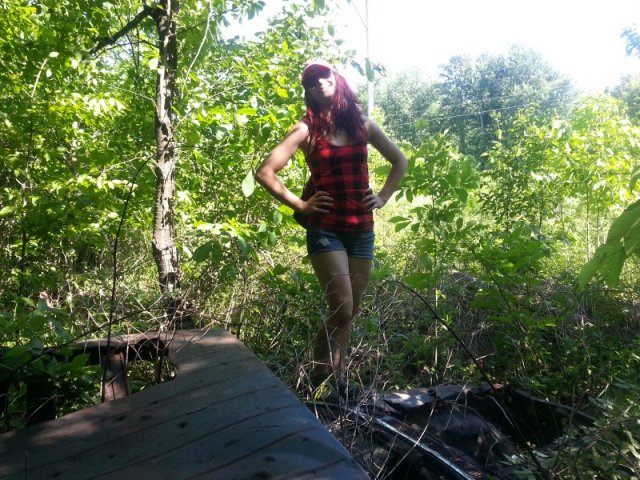 It was a fun day and I hope to do it again sometime.

Like Loading...
This entry was posted in At Home and tagged Classic car, Rust, Wow. Bookmark the permalink.