One of the company’s plow trucks was brought in to get the front brakes replaced because they were making noise, but we didn’t expect what we found when we took the wheel off. 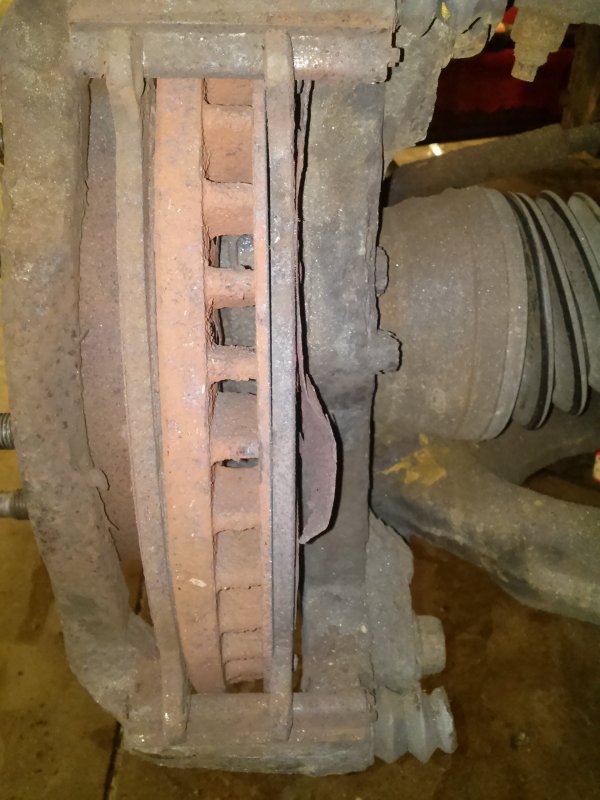 The left front brakes had seized so badly and for so long that the pad had worn through the majority of the rotor on one side. The caliper was junk and it took a lot of hammering to get the rotor off. It probably wouldn’t have been long until the pad would’ve been wearing into the vent fins in the middle of the rotor.

Like Loading...
This entry was posted in In The Shop and tagged Brakes, Wow. Bookmark the permalink.