When I bought my car, the sun visors weren’t in good shape. The driver’s one had lots of holes in the fabric, and the vanity mirror cover wouldn’t stay closed, so I had to tie it up with some rope.

I picked up a decent replacement at the salvage yard. To remove the old one, just remove the two screws. A flat-blade screwdriver can work, though the screws also have Torx holes. 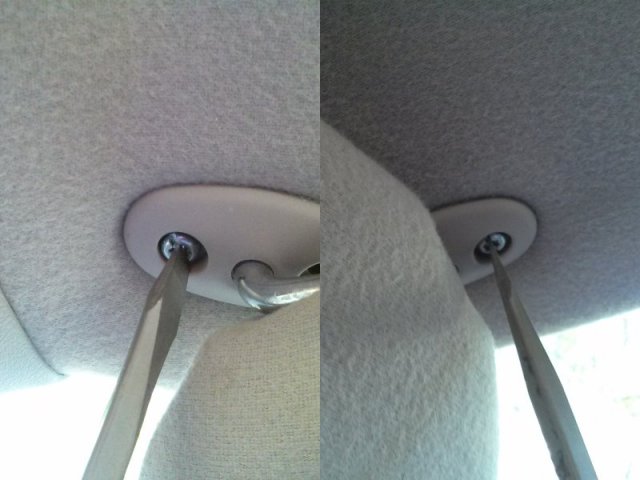 Then it should just pull straight down. Install the new one just the opposite way. 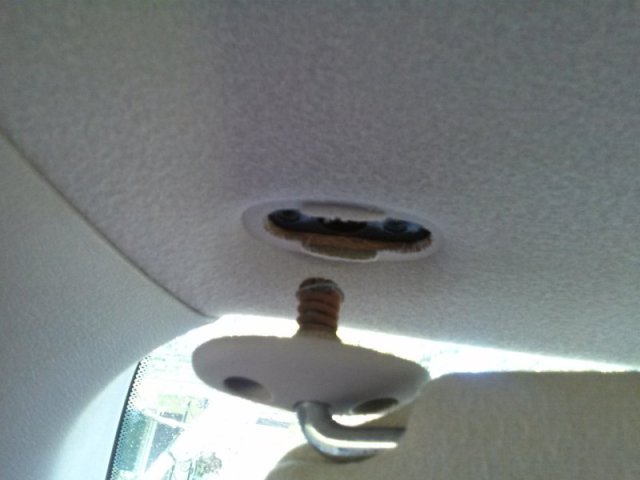 The clip that holds the sun visor in the front position was broken on mine, so I picked one up at the salvage yard as well. Just turn 90-degrees clockwise and pull down to remove.

You may need to use a wrench or pliers to get it to loosen at first.

Like Loading...
This entry was posted in How-To, My Car and tagged DIY, Interior & Trim. Bookmark the permalink.