Probably one of the most abused tools is the screwdriver. It gets used for all kinds of prying, scraping, and stabbing that it’s not designed for.

Because I like to use tools right, I bought some really cheap screwdrivers from Walmart for 65 cents each. When I lost one it didn’t matter because it was so cheap, and after that I bought two so I’d have a backup the next time. 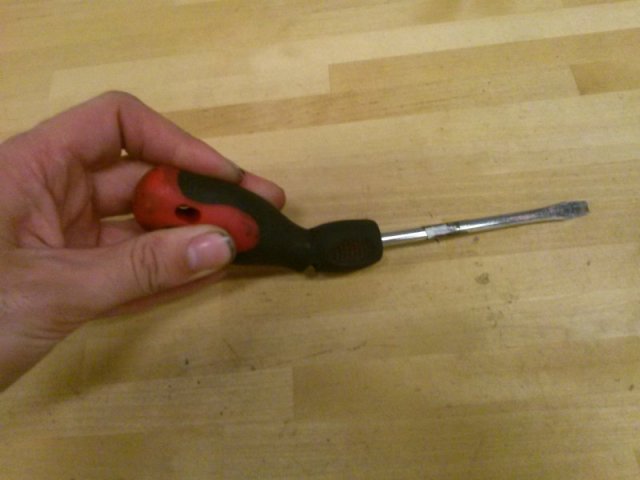 Cheap tools will show why they’re cheap eventually, and one of my cheap screwdrivers snapped in half when a lot of force was put on it to pry something. Again, no problem, just grab the next one in my toolbox.