Rarely a dull moment with my car, which isn’t surprising given that it’s a 1997 Civic with over 200,000 miles. I was driving along as usual, when suddenly I heard a clunk and a horrible rotational scraping noise started. I knew it had to be something with the rear brakes, which was surprising because I rebuilt them back in December.

When I had the chance, I tried to check them out at home, but the right side brake drum was fighting me as I tried to take it off, and I heard sounds from the springs inside, so I knew that something had come loose. I forced the drum back on so I could drive to work the next day and actually fix it. When I pried the drum off at work, this is what I found. 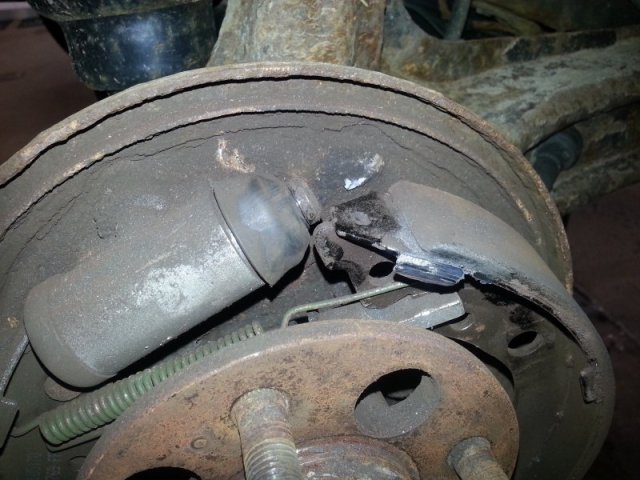 The spring clip holding the forward brake shoe had come off, possibly the pin had broken, causing the shoe to press against the drum, as well as get crooked and scrape against the inside face of the drum. I was able to reassemble it with the help of a few spare bits a coworker had, but when I went to put the drum back on I found that the wheel cylinder pistons had gotten stuck, and I had to take it all back apart to fix that and rebuild it a second time. 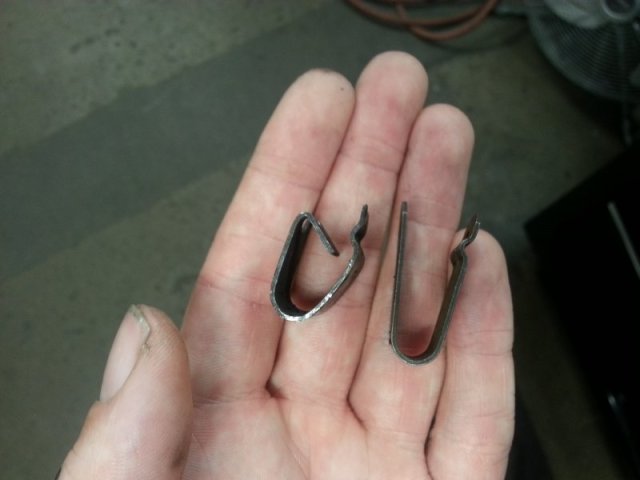 The clip on the right is a good, new clip, and the one on the left is what ended up rattling around inside the drum. I’m not sure what broke or bent and caused what to happen in there, but somehow this spring clip got bent pretty impressively. Another one for the box of interestingly broken parts.

Like Loading...
This entry was posted in In The Shop, My Car and tagged Brakes. Bookmark the permalink.